A Camera Controller is a component attached to a camera object that has a associated at most one Camera Shot reference. This associated camera shot can be changed at runtime and will dictate the behavior of the camera controller.

Most games will only have one single camera. The camera in these cases will have the Main Camera component attached, which is a camera controller that can be accessed globally by any script.

To creata a main camera, right click on the Hierarchy Panel and select Game Creator → Cameras → Main Camera from the dropdown menu. 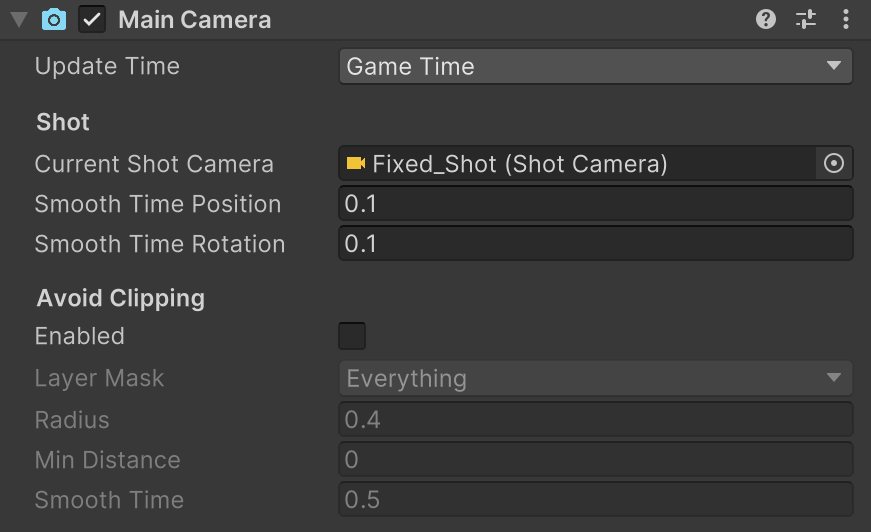 The Shot's smoothing options determine how much the camera lags from the Shot's behavior. It's recommended to add some lag to avoid any jittering. However, introducing too much lag will make controls feel a a bit unresponsive.

Transition to a new Shot¶

To transition a Camera Controller from one Camera Shot to another one, it's recommended to use the Change Shot instruction.

Simply drop in the Camera Shot you want the Camera Controller mimic and how long should it take to transition. Game Creator will handle the rest.