Game Creator comes packed with a collection of examples that have been carefully hand-crafted to speed up your development process even further with common mechanics. You can think of them as templates of game mechanics you can use for your projects.

To install an example, head to the top toolbar and click Game Creator → Install.... A window will appear with a collection of available examples to install. Select one that you want to add and click Install. 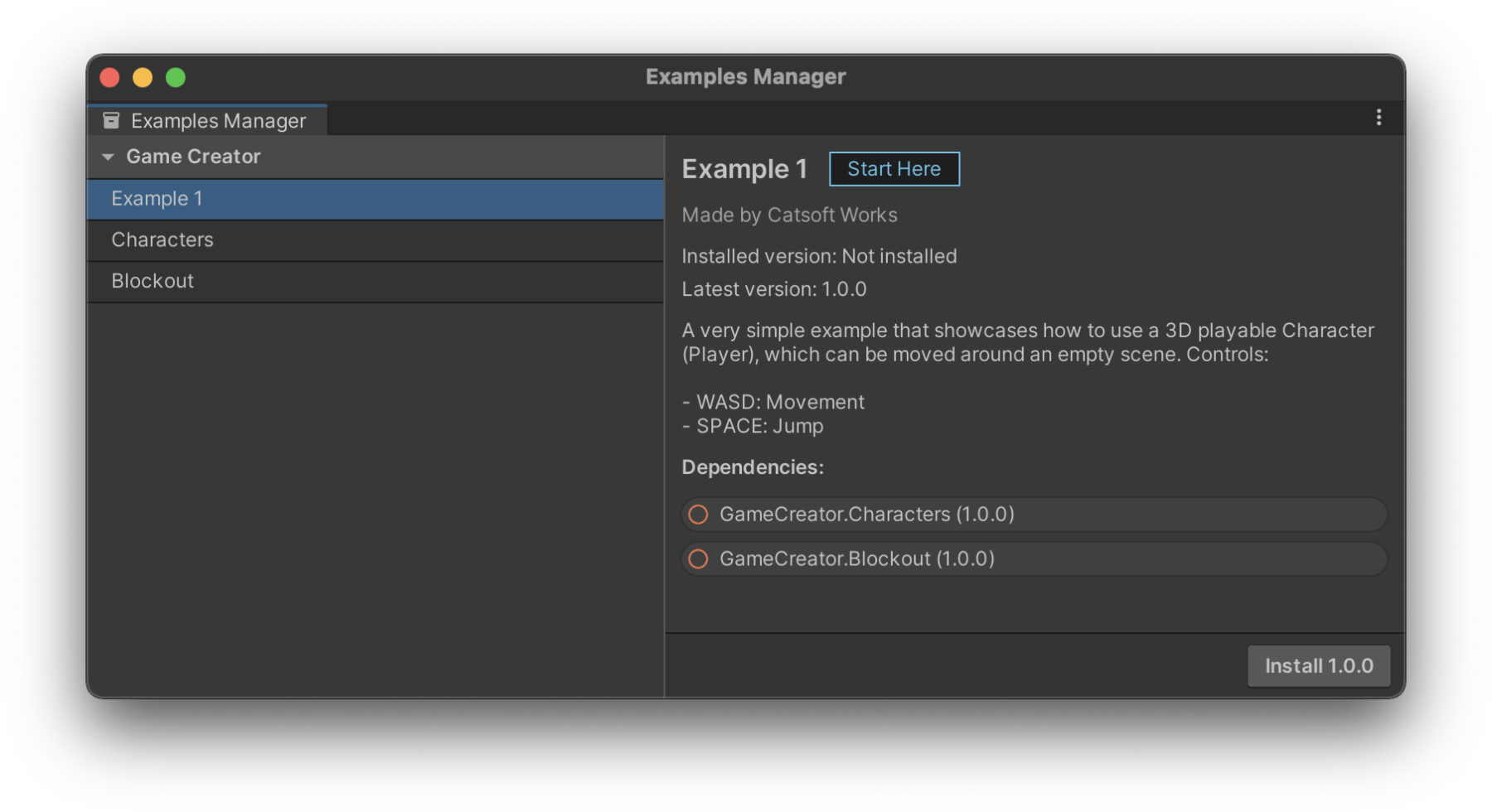 An example may or may not have a list of dependencies. The Install window will display a green icon if the example dependency is installed or a red icon if it is not. Installing a module with dependencies will install and update all dependencies.

Once you do that, the example will appear under Assets/Plugins/GameCreator/Installs/ or you can simply click the Select button to automatically select the example's folder.

If you want to uninstall an example, simply delete root folder of the example. For instance, if you installed a Game Creator example called "Example 1", you can right click the folder at Assets/Plugins/GameCreator/Installs/GameCreator.Example1@1.0.0/ and choose Delete. This will permanently delete the example from your project. However, you can still reinstall it again from the Install window.