Hotspots are components attached to game objects that don't have any direct impact on gameplay. Instead, they help the user understand what's interactive and what is not. For example, highlighting a specific object when the player character is nearby, making the head turn towards an important object and so on.

Triggers are usually placed along side with Hotspot components. One deals with the interaction itself, while the other hints the player about the Trigger being an interactive object.

A Hotspot consists of a Target field and a Radius, which are the position and distance relative to the Hotspot at which it's activated. When a hotspot is activated, it signals its Spot list the targeted game object is nearby. When the targeted object gets further away than the Radius field, the hotspot gets deactivated. 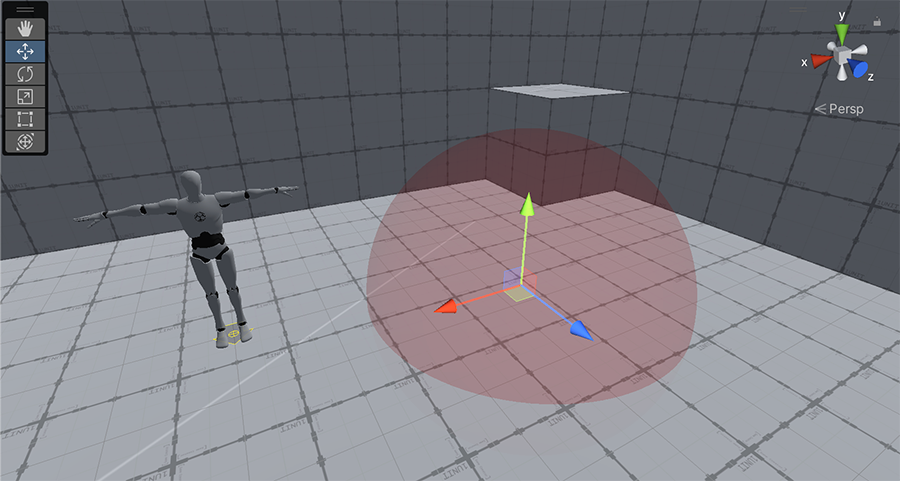 Selecting a game object with a Hotspot component will display in the scene a visual representation of the distance at which the target is considered close enough to activate it.

On playmode, the red gizmo appears in a much lighter color. If the targeted object activates the Hotspot, the Hotspot's gizmo will change to green, to indicate the Hotspot is active.

There are two ways to create a Hotspot object. One is to create an object that contains a Hotspot component, by right clicking on the Hierarchy panel and selecting Game Creator → Visual Scripting → Hotspot. This creates a scene object with the component attached to it.

To delete an Actions component, simply click on the component's little cog button and select "Remove Component" from the dropdown menu.

Spots are individual elements that highlight something specific and are evaluated from top to bottom. 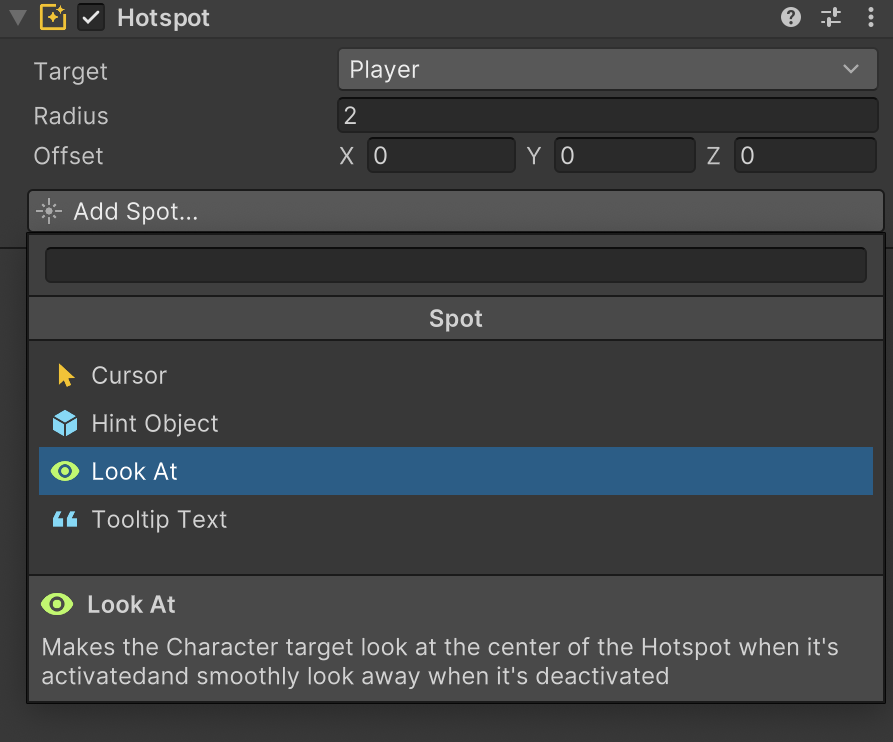 To add a new Spot click on the Add Spot button and choose the desired one from the dropdown list. Note that Spots are evaluated from top to bottom. There can be two spots of the same type, but if they both overlap, the last one will override the effect.