To determine the value of an Item, Game Creator uses the concept of Currency.

A Currency is an asset that contains one or more Coins. Each Coin has a value relative to a single unit. To create one, right click on the Project Panel and select Create → Game Creator → Inventory → Currency.

Most games make use of a single Currency. However, some mobile games and hard-core resource management games use multiple ones. 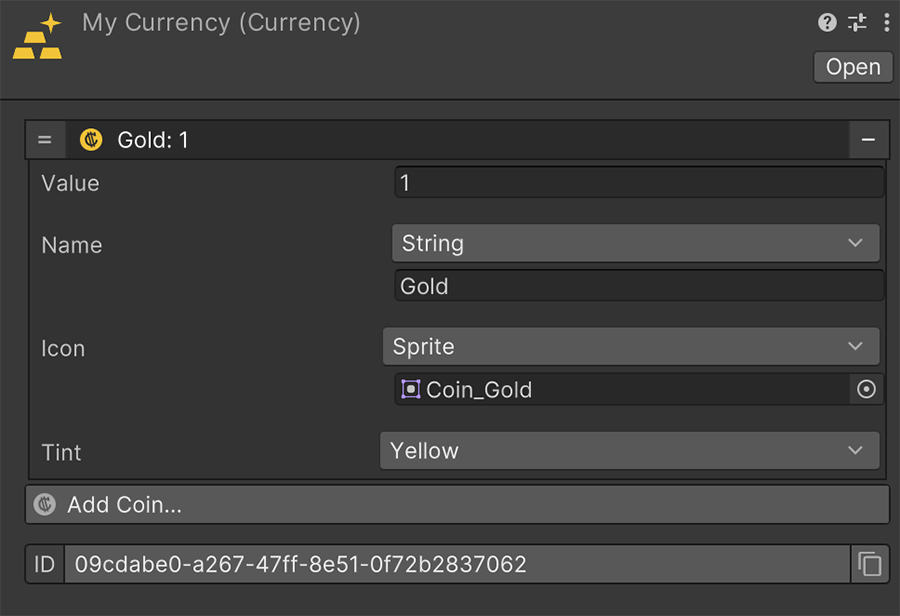 In the example above, the Currency just has a single Coin called Gold which value is 1. This is the most simple currency one can create and it's the most commonly used in most games.

It is important to note that a currency cannot have a decimal value. If you wish to represent a value with 2 decimals, one can multiple the value x100 and then shift the comma two units left.

However, some games make use of a multi-coin Currency where each coin represents a different value.

Let's say we are making a game where the currency has three different coins, each with a different value:

In that case, we would create a Currency asset with three coins:

It is important to note that when adding or subtracting a value of a particular Currency the value used is relative to the unit. Following the example above, if we want to give one Gold Coin to the Player, we simply increase its wealth by 125.