Tracking a Quest means the player will prominently see that particular quest highlighted among the rest.

For example, by default, the HUD will only display those Quests being tracked, so the player is not overwhelmed having too many quests active at a time.

The Quests module allows to either limit the amount of quests tracked to a single one, or multiple ones. You can customize this behavior by changing it in the dropdown menu field in the Journal component.

To start Tracking a quest, you can either use the Quest Track instruction, or let the UI components that the Quests module comes with, handle it.

The UI Journal template that the Quests module comes with, contains an example where a list of active quests are displayed on the left side, and selecting one allows to toggle its tracking state. 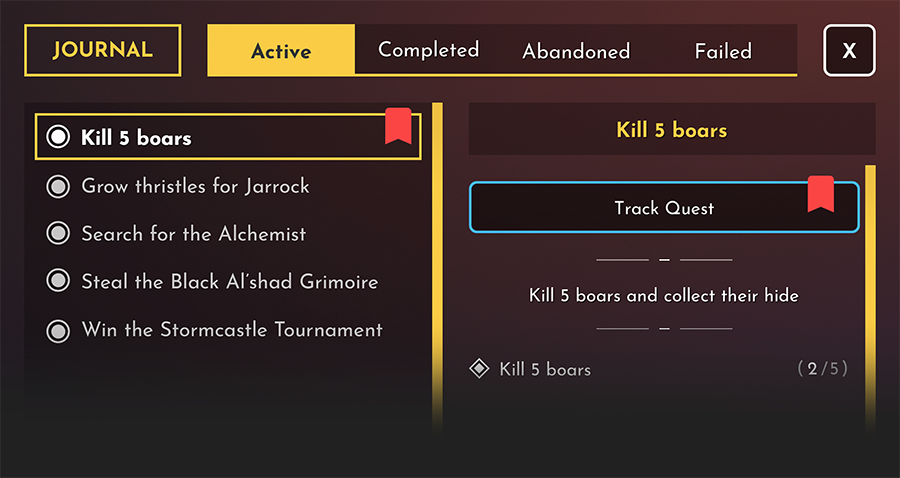 To Untrack a quest, you can either toggle it from the UI elements or use the Quest Untrack instruction. Alternatively, you can also stop tracking all quests by using the Quests Untrack All instruction.