Stats are objects that represent a particular numeric trait of a character. This value can evolve throughout the whole game and its final value can be modified using a Formula.

To create a Stat asset, right click on the Project panel folder you want to create it and select Create → Game Creator → Stats → Stat. 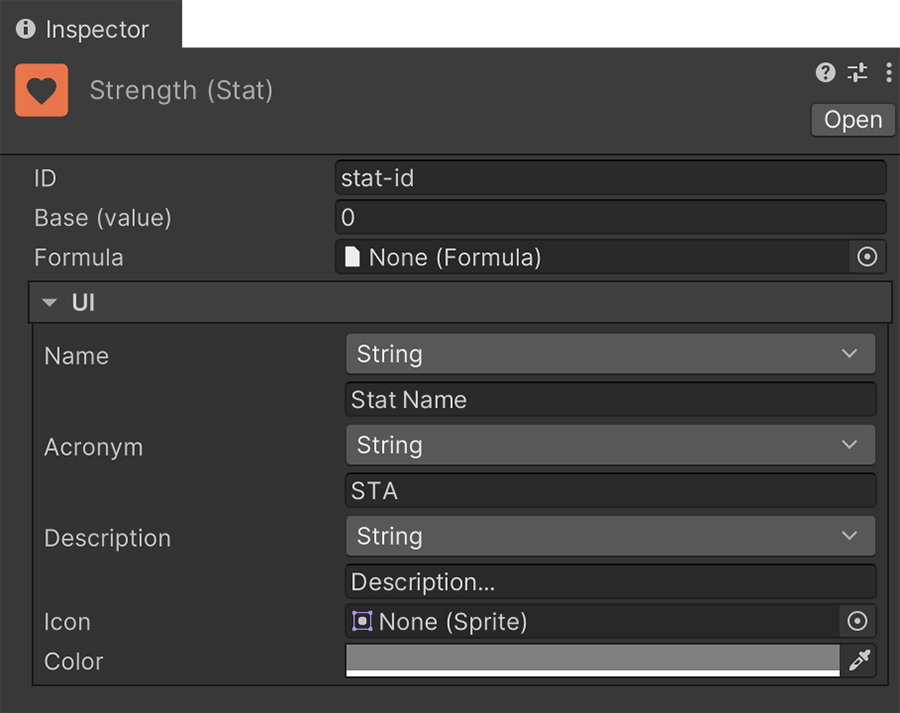 The ID value must be unique throughout the whole project and it is used to identify this particular numeric trait. It is also used in Formulas so be sure to give it a name that's easy to remember.

We recommend sticking to acronyms or short and single worded names. For example, if the Stat represents the strength of the character, its ID should be str or strength.

The Base Value is the numeric value that the Stat starts with. It is worth noting this value is not necessarily the final value of the Stat, just a mutable numeric value.

Let's say we have a stat with a Base value of 100 and a Formula that multiplies this value by the level (another stat value) of the character. In this case, the resulting final value of the stat would depend on the character's level.

The UI dropdown contains a list of fields that can be used to display information about this particular Stat on the game scene, including a name, acronym, description, color and icon.