Status Effects are temporal ailments that affect a character.

Most RPG games use the same Status Effects, such as Poison, which drains the character's health for a period of time. However, you can create your own and completely customize the afliction.

To create a Status Effect asset, right click on the Project panel folder you want to create it and select Create → Game Creator → Stats → Status Effect. 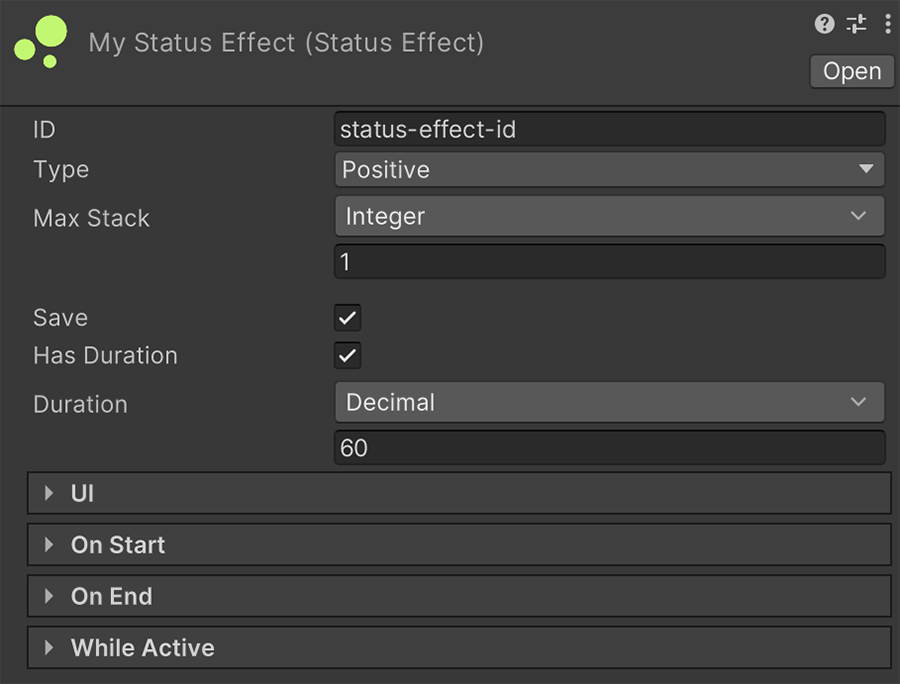 A Status Effect has an ID which is used to uniquely identify it among all other afflictions. It is very important to keep this value unique across the whole project.

The Type field determines whether this effect is positive, negative or neutral for the targeted character. This is useful when using the instruction Remove Status Effects, where you can choose to remove only those that have a negative impact.

Max Stack determines how many of the same Status Effect can be active at a give time on a target.

By default, most Status Effects will have a stack of 1, and adding subsequent effects refresh the duration. However, it is entirely possible to stack multiple (for example) Poison aflictions, increasing their health drain.

The Save toggle determines whether the Status Effect persists after saving and loading back the game. Saving a Status Effect keeps track of the remaining time.

Has Duration allows the Status Effect to run for a certain amount of time (specified in the Duration field, in seconds).

If this field is unticked, the Status Effect will continue until it's manually removing, using the appropriate visual scripting instruction. 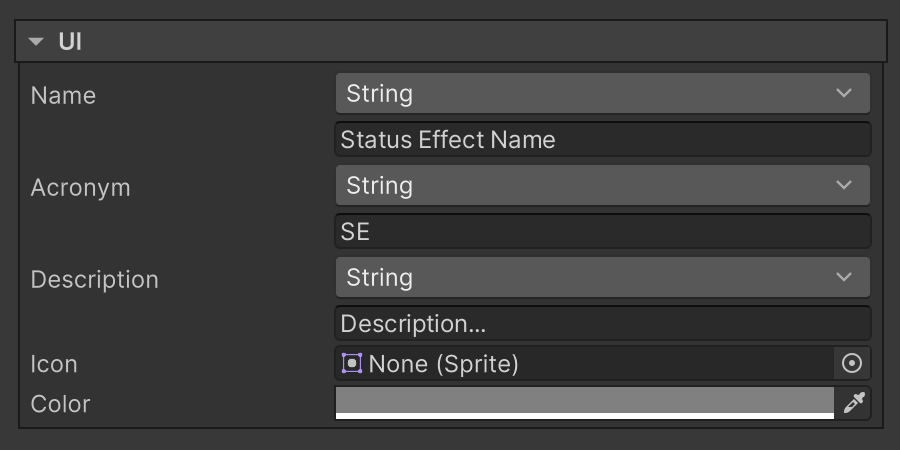 The UI section allows the user to define any information displayable to the player, such as the name, a description of what the ailment does, its color and even an icon. 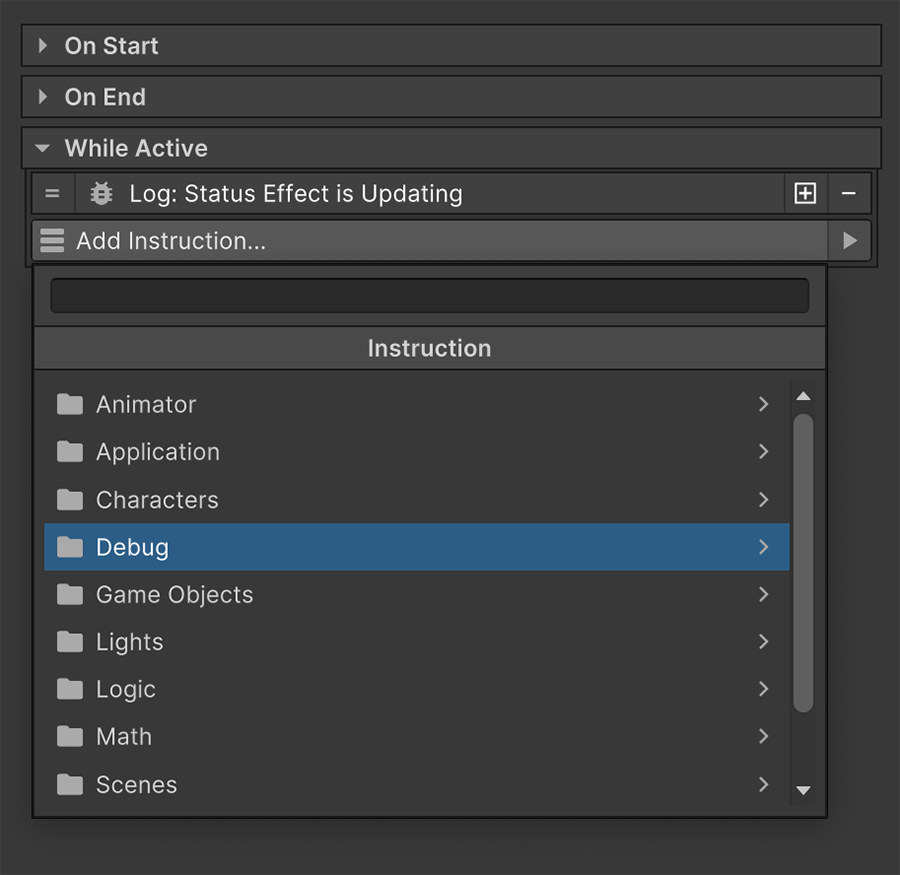 Inside the OnStart, On End and While Active sections is where the logic of the Status Effect goes and it uses Game Creator's visual scripting tools.

For example, a Poison status effect could start spawning a particle effect onto the targeted character using the On Start instruction list. To damage the player, it would use the While Active instruction list and subtract a bit of the Target's health every few seconds.

All that needs to be done is to select the targeted character, which must have a Traits component, and specify the type of Status Effect.